We are a group of DJs whose purpose is to promote good music and organise parties with local and international artists, focusing mainly on underground music events. 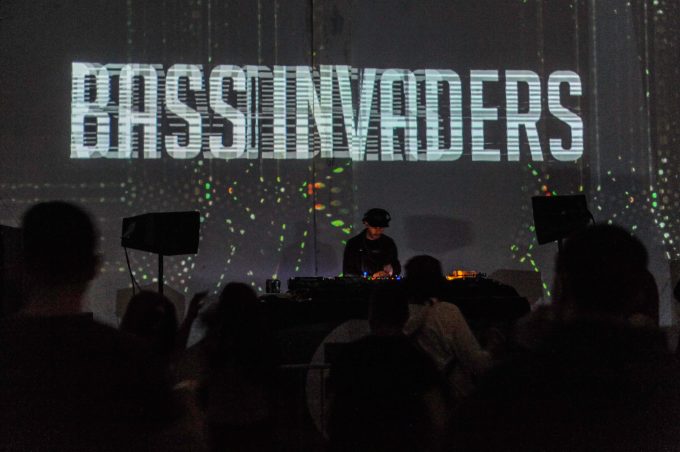 Bass Invaders started when Cips and Balint:z decided to make a party together in Nerv, a local bar/club.
The 2nd edition already united 2BE and Frast with the crew. As time past by, Frast left our crew and after that, another local DJ, Sorenson, joined the crew. We had parties once or twice a month as a whole crew and as individuals we also played at other different parties where we were invited such as Green Island, ABC, Insane Beats, Altrip.

Having played at Green Island had a great impact upon our crew; we had the chance to be appreciated by a drum and bass promoter from Timișoara, the founder of Freenetik Parties. After that, each of us joined Freenetik Kru one by one. This gave us the the opportunity to meet Loopkian, who afterwards joined our crew and the Freenetik team. Being members of Freenetik Kru had a great impact on us all, having the chance to play alongside big names in the drum and bass scene but also to grow as individual DJs but also to gain experience in making our parties even better. Being close to us as a friend and also as a skilled DJ, Sovra was the next guy to join Bass Invaders. One of the best part of our DJ crew is that we all have a different style of playing music and the drum and bass subgenre spectre is not the same amongst us.